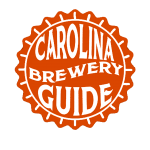 After a year of brewing at their West Asheville location,
the 10-barrel brewhouse will be packaging three of their most beloved brews:
The Explorer Tropical IPA, Talking to Plants Witbier, and Cowboy Poet American Lite Lager.

On Friday, September 21, Ashevillians will finally be able to take home cans of their favorite Archetype Brewing beers. In one day, they will package The Explorer and Talking to Plants in 6-packs of 12 oz cans, and the Cowboy Poet in 4-packs of 16 oz cans to buy at the brewery and in local bottle shops.

The brewery will host a party and begin selling the cans at the taproom on Friday, September 21st starting at noon. Show up early to get these drinkable works of art! The Archetype team commissioned artist Sean Jones (@humiddaze) for the cutting edge designs set to hit the shop shelves in late September. Jones’ unique, fresh perspective was chosen to connect the drinker with an experience, transporting them to the source of inspiration for the beer itself.

A local’s hot-spot, Archetype is known as the brewery that has, “A BEER FOR EVERY TYPE.” Archetype’s beer lineup is a steady mix of familiar styles like the Shoulder Devil IPA and the Nameless Light Brett IPA, and Head Brewer Steven Anan’s reputation for clean, easy-drinking, beautifully constructed beer was confirmed again when 6 new beers were released at the one-year anniversary party earlier this month. Yeast experimentation and innovation remains a major focus for Archetype as they grow and gain a steady following in East West Asheville and the greater Asheville and WNC area. That experimentation has taken them in the crowd-pleasing direction of fermentation and barrel-aging with Brettanomyces yeast. The brewery also plans to release bottles of their specialty and mixed-culture beers in the coming months.

Archetype Brewing serves up clean, consistent, Belgian and American-style beers on Haywood Road in West Asheville. With a focus on innovation and inspired brewing, the taproom provides an open, inviting space for the vibrant West Asheville community to gather and enjoy a laid back atmosphere. Along with their wide variety of brews, they ofer a fantastic schedule of regular and special events. Updates are posted on Archetype Brewing’s website (www.archetypebrewing.com/events), and on their Facebook & Instagram pages (@archetypebrewingavl). 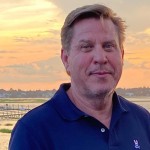